The first step that every company that wants to pursue any sort of public relations efforts is to set a goal that it wants to achieve. The goal can be anything from launching a new product, expanding the target audience, or expanding the customer base. What the company wants to accomplish will affect everything else about the campaign, which is why it’s important to begin at the end. Not only that, but setting goals allows companies to figure out various important elements for their public relations campaigns, such as the research that the company used to conduct to reach the goal, how it can achieve the goal, and more. It’s important to ensure that any public relations efforts a company conducts is going to generate a return on investment, whether that investment is going to be time, effort, or money. That’s why it’s important for companies to begin at the end of their overall campaigns to make sure they’ll be able to reach that end point.

Once a company has defined who it wants to target with a public relations campaign, it’s time to start researching and learning more about that audience. That means looking into the types of media that the target audience enjoys, whether any of them are relevant to the company or its solutions, taking note of each media, and gathering other important information about the audience. Overtime, companies can use the strategy to figure out who they need to reach out to, in terms of reporters, journalists, and general media outlets to improve their public relations efforts and generate positive media coverage, which will, in turn, reach the target audience. This also helps companies figure out the types of stories that are beneficial to a business, the frequency of content about the business and its solutions, and more.

All of the research that the company has previously conducted is going to be essential in helping the company figure out the type of story it should be telling to the target audience in order to grab and hold their attention. When crafting a story, it’s important for companies to always be factual and have an attention grabbing hook. Aside from the hook itself, which can be about product launches, research the company has conducted, a new campaign, growth, fundraising, or anything else, it’s also important for companies to look and talk about the bigger picture. That means angling the story in a way that will inform the audience of the larger picture, such as how the company can impact the market in a few years, why its solutions are important for the customers, and provide supporting evidence of those claims. 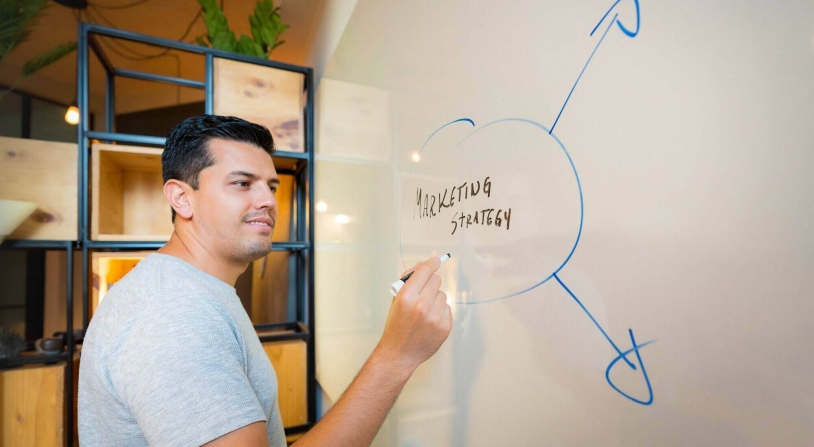 In the last couple of years, more and more companies have started integrating audio content into...