The Complete Guide to PR Stunts 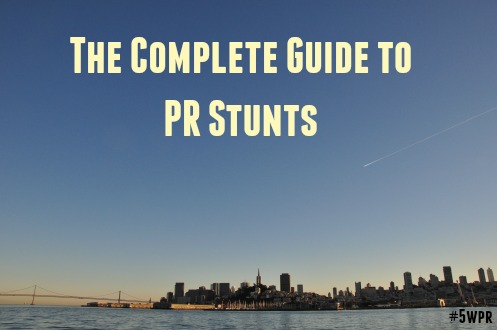 A PR or publicity stunt is a large and coordinated professional or amateur public relations event that is intended to raise awareness about a cause or product. Other publicity stunts may be done for fundraising.

While PR stunts can be fast and relatively simple, they are not without their challenges and risks. Before launching one, it’s important to consider a few important questions. One of these is the objective of the PR stunts.

As opposed to focusing solely on the potential positives, brainstorming the negative consequences that may ensue helps to provide a more measured view.

Even if the PR stunt appears it’s going to be flawless, a mitigation plan just in case things don’t go as planned is a must-have.

A good example of a PR stunt that had a mixed reception is the announcement of Superman’s death by DC comics last year. While it resulted in controversy and discussion, it can’t be said with absolute certainty that all of it was positive.

There is a suggestion that PR stunts are the fastest way to increase interest. Testing the truth behind that can be risky, as it’s also true that PR stunts can cause tremendous damage to a brand’s reputation.

Measuring the results of a PR stunt is always the best way to see if it had the intended result, while also gaining pointers for future campaigns.

What Makes a Successful PR Stunt

These three factors are what determine whether or not a PR stunt is successful:

Community involvement: Having a few participants doesn’t automatically make a stunt a failure. However, it’s always best to have as many people as possible involved. The power of numbers can influence other would-be participants to join, raising the profile of the stunt.

Creators, then, should try to be exact about the exact number of people they are aiming for. For some stunts, one or two donors may be enough. For others, anything less than a big crowd means it’s a dud.

Be Memorable: While a stunt drawing a crowd can point to short-term success, it doesn’t necessarily indicate that the stunt is more successful than one that pulled, say, half the size. If the stunt that pulled the smaller crowd is still being discussed several years later, that’s a better metric to use to measure its success.

Be bold: People remember the publicity stunts that do something fun and unique. A good example is the ALS Ice Bucket Challenge, which was so bold that it influenced costume companies to create a Halloween costume based on it. Looking back even further, Snapple tried to create the world’s largest ice cream popsicle in 2005. While that objective wasn’t met on account of the popsicle melting, interest in the Snapple brand rose.

Steps to Take to Create a PR Stunt

When creating a PR stunt, there are three steps to take to raise its chances of being effective.

1. Identifying the goal: Before planning how the stunt is going to be executed or any other details about it, the business should first determine what the goal of the stunt is. If it’s to raise money, it’s important to be exact about the figure it’s aiming for. If the point is simply to direct to a website, that can also be quantified according to traffic. Without doing this, an organization is left with the PR stunt without any way to measure its success.

2. Setting a Deadline: Depending on the type of publicity stunt, there’s no standard time for it to last. Some last an hour while others go on for days on end. It’s best to set a deadline for the stunt, as this gets people more motivated to join in while they still have the chance.

3. Determine the Best Medium for the Stunt: Using more traditional means like newspapers, commercials and billboards can be a winning strategy, depending on a number of factors. However, the effectiveness of the internet and its reach are unmatched. An organization or business that has large followings on Twitter, Facebook, YouTube and other platforms can use those as a quick and efficient way to spread the message. The following on those platforms is mostly made up of people who already have an active interest in the organization. Updating them first can be a good way to tap into word-of-mouth advertising.

An example of a stunt that tied those three aspects together is the ALS Ice Bucket Challenge. To begin with, it had a clear goal, which was to raise money for research. Participants were also given a deadline of 24 hours to complete the challenge. Spreading it through the internet, which was obviously the best medium for it, also helped to ensure its success.

The Creator’s Role During the Stunt

Creators have to act as leaders and recognizable faces during the stunt.

Their sustained involvement will help to keep its momentum. Showing that they are actively taking part and sharing that on their social media pages helps the stunt to be more engaging.

How to Know if the Stunt was Successful

Determining whether or not the stunt was successful, or how close it was to the mark, depends on the initial goal that was set for it. If the goal was to increase awareness or interest, an easy way to measure success is to see how many visited the website or searched for something related to the cause or idea on Google.

More insight can be measured by seeing how long the visitors were on the site, and if they shared what they found on social media. Monitoring social media to see how much discussion the publicity stunt generated can also help. For goals that are financial in nature, the best metric for success is to check how much money was raised.

Referring back to the Ice Bucket Challenge, which aimed to support both awareness and research of ALS (Amyotrophic Lateral Sclerosis), participants had to forfeit a hundred dollars if they failed to drop a bucket of ice water on their heads in 24 hours. Even if they completed the challenge, it was generally assumed that they would donate some amount of money to the organization.

The ALS Association reported that it had raised over $100 million for the cause. The success of the stunt was helped by the involvement of high-profile figures like Barack Obama and Robert Downey Jr.

Organizations can use publicity stunts to make a massive difference in a very short space of time. Depending on what suits the company’s goals best, the publicity stunt can be something that’s fun or formal. The goals themselves are not restricted; they can be in the service of a charitable cause like education and disease research or they can be to raise more money.

For the Top PR Stunts of Previous Years

Two years ago, “The Greatest Showman” debuted in movie theatres all over the country. It’s based on the life of renowned showman, P.T Barnum, also the founder of Barnum and Bailey Circus.

After founding the circus in 1871, Barnum began the pioneering of one of the successful uses of PR to generate interest in his business. Barnum became an even more recognizable face through the use of his PR stunts. One of the main ones was the use of an elephant to help clear his yard after a show.

His early adoption of PR comes with some criticism, as he’s widely regarded to have been dishonest, and even deceitful. Despite that, it’s obvious that he knew and used the power of free PR in the media.

A few months ago, Justin Bieber sent out a tweet challenging Tom Cruise to a fight in the octagon. His reasons for making the challenge were never fully explained. A few weeks after, he would go on to issue another challenge to the actor, this time opting for the bottle cap challenge as the competition.

While no explanation was given for this as well, the reason soon became clear when he released a new single, “Better With You.”

Actor Janelle Evans appeared in the press and tabloids in a story about the killing of her dog by her estranged husband. Given that she has over 5 million followers on social media, some have speculated that this was an attempt to garner interest for her autobiography.

McDonalds capitalized on simple but clever PR by turning its “M” upside down on International Women’s Day, as a show of support for women’s rights. The message was well received while being very low-cost for McDonalds.

When trying to come up with ideas for a PR stunt, referring to some that have been successful in the past is a good starting point. The more recent they are, the greater the chance that they appeal to today’s audience. In 2017 and 2018, there were some innovative creations in PR that can offer inspiration to companies looking to stage their own stunts. Here are some of them.

An interactive ad campaign by the Cancer Research charity in March of 2017 was both highly impressive and impactful. It was designed to help people all over the world smoking as they wait for the bus. To help people see how smoking affects their breathing, the advertising strategy placed posters in bus shelters that encouraged people to breathe in.

The longer someone would take to exhale, the more of the poster they were able to see. Smokers didn’t have as easy a time blowing out, which caused smoking helplines to appear on the screen.

Walkers has built up a reputation for giving customers the choice to have the kind of food they want to eat. The UK snack brand initiated a nationwide vote that allowed individuals to select new flavors in favor of older ones or save the old flavors.

The aim was to encourage people to try new flavors they were offering or save their older offerings.

In March 2017, KFC embraced the fun and carefree nature of its brand with a marketing stunt designed to encourage greater appreciation of their chicken. The KFC UK and Ireland brand designed a bland kale, cauliflower and chicken burger. The idea, which worked, was to remind their customers on what they’d miss out on if they adopted the healthy eating craze.

When Elon Musk launched his car into space in a highly publicized stunt, it showed people all over the world how reliable and sustainable Tesla cars are. Following the launch, there was a significant uptick in interest in Tesla cars, along with sustained social media discussion.

Controversy can, when used wisely and with caution, be an effective ingredient in staging a PR stunt that causes a stir. IHOP decided to launch its name change as a campaign that invited customers to guess what the reason for the change was.

When the company revealed that it was to match its emergence as the international house of burgers, many customers were left unhappy and they voiced that through social media and other channels. Regardless, the stunt resulted in increased discussion about the brand and media attention for IHOP. 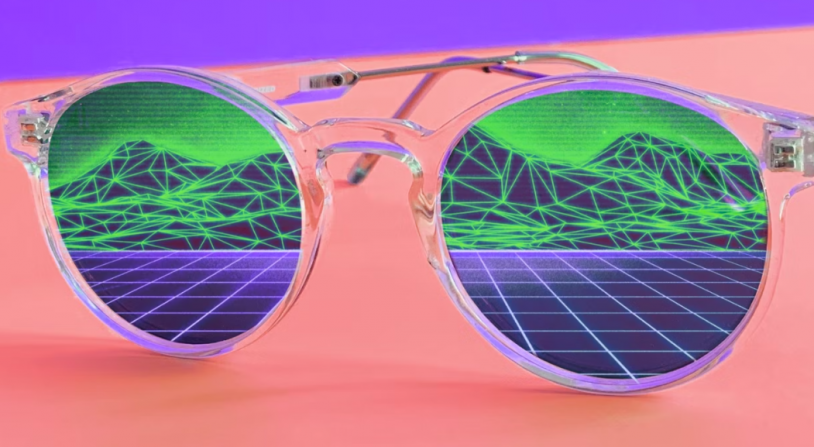 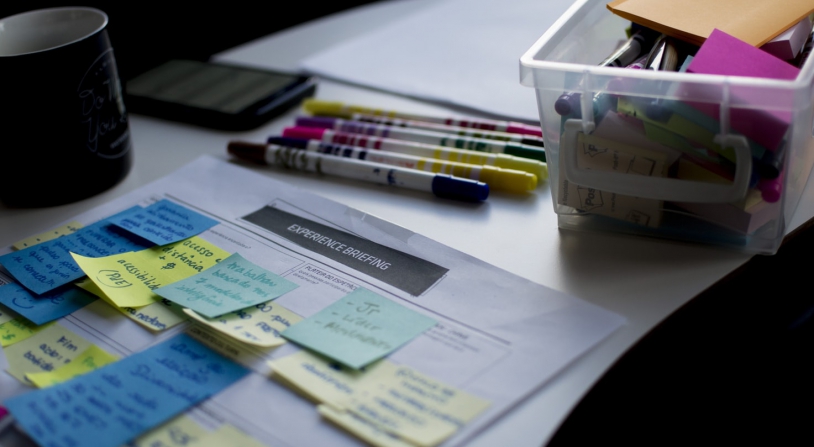 How to Create an Influencer Campaign Brief

Most of the time these days, the word influencer gets thrown around and is generally perceived as...