Consumer Evolution Due to Pandemics

The pandemic caused by the novel coronavirus COVID-19 will end eventually and when it does, some consumer habits will likely change. Others may not. What’s known is that the longer the crisis, the bigger the imprint on the consumer. Of course this will affect consumer PR campaigns as well.

Of those polled, 87% of respondents to a recent survey by software solutions company, Shekel, already said they prefer to shop at stores that have touchless or some kind of self-checkout. This was attributed directly to the pandemic.

The results of this survey give rise to the greater probability of even greater increases in cashierless stores than reported in an earlier article. When asked, 66% told Shekel they were already using self-checkouts. Because of findings like this, it’s not likely that sanitary wipes and hand sanitizers will be quickly removed by many merchants once the pandemic is declared over.

What is not known is how many consumers who have gotten accustomed to living with less will return to their former shopping habits. Then, there are others who may have lost significant income, if not their jobs, from workplace closures and who will be cutting their budgets to save funds for fear of a future crisis or recession as predicted by some.

Trust in brands has always been important and will be even more critical in the future. Wellbeing is paramount to parents and caregivers during the crisis. CMOs who are able to relabel trust values and promote a circle of wellness between their brands and their target audiences will experience more success in the future.

Consumers have also been watching brands that were popular with them before-COVID-19. What will matter to many of them in the future is how the brand treated its employees during the pandemic. Did the brand still offer specials to its consumers or price gouge its high-demand items?

Curbside pickup and delivery have also risen because of the pandemic. Some brands have even promoted them as touchless. Will this be as vital and important after the pandemic is over?

Brands that reach out and make an effort to understand their consumers better will be in a good position to make future adjustments that reflect these attitudes if and when they’re necessary.

It’s also timely for brands to let their publics know they care and are thinking about them, even those who had to close indefinitely because of the pandemic. Use the opportunity to invite responses to these questions, then formulate a strategy and action plan to implement any changes and launch it when appropriate.

Now’s also a good time for brands to consider how they might elevate their level of consumer experience. What are the one or two things the brand can do to “up its game” so consumers notice the difference without being PR’d about it? Brands that achieve this without fanfare will have fans forever.

Many of the answers to these questions may not be known for years, but one thing is certain based on past crises. Throughout history, generational attitudes have been shaped and associated with crises and sometimes even solitary events that occurred. Consider examples like 9/11, the Great Recession, the Vietnam war or assassinations of Martin Luther King or John F. Kennedy.

Cashierless. Who Do I Pay?

According to the U.S. Department of Labor Statistics, the number of cashiers in the country is expected to decline by 4% by 2028. The agency said there were more than 3.6 million in 2018 and predicted that nearly 139,000 positions would be eliminated because of self-service checkouts, online sales and other advances in technology.

The revelation coincides with a poll conducted last December by Wirecard, a Germany-based global internet technology and financial services provider. When asked which retail technology consumers were most interested in using, 71% voted for a cashierless experience. Another 61% said they were also interested in the concept of unstaffed stores like Amazon Go.

In October 2019, a survey by French multinational company Capgemini not only confirmed Wirecard’s findings but reported that the reason consumers favor cashierless stores is because they hate lengthy lines at the checkout. Of those polled, 61% told Capgemini they disliked the long lines over things like a store being out of stock on an item or being unable to find an associate to assist them.

Long checkout lines must be top-of-mind to many service providers because point-of-sale software company iVendRetail also conducted an internet survey in January. When asked which part of shopping they most valued, 83% of their respondents identified a fast and easy checkout.

What may interest marketers as well are the responses to Wirecard’s other queries, as 71% said they were interested in an app so they could buy goods using self-checkout. Another 65% expressed interest in smart mirrors that would allow them to look at other items, ask for other goods, and complete purchasing products without the checkout.

There were two other interesting discoveries in Wirecard’s survey. Respondents were interested in using virtual reality to try on clothes before buying and also in more unstaffed stores, as 61% agreed to both questions.
Yet another survey, in December 2019 by market research firm Bizrate Insights, reported that 47% of consumers use self-service checkouts regularly. Another 31% said they’ve used it but not on a regular basis. Only 2% said they didn’t know what they were.

What’s clear in Bizrate Insights’ survey is that more and more stores will go cashierless or at least offer an option to shoppers. Looking at the demographics of their survey reveals that the younger generations favor cashierless. Just over half (59%) of respondents between 18 and 34 use it regularly while 46% of people between 35 and 54 reported the same. Nearly one in three (31%) of those 55-65 do self-checkout regularly and the overall average was 47%.

Amazon’s most recent launch of an unstaffed 10,300 square foot store featuring fresh produce and poultry as well as pilot swipe-and-go programs by Target and CVS may be raising the bar for other retailers.

According to U.S. Department of Labor Statistic figures, the states with the greatest number of cashiers and most likely to be affected in the event of such a change are California, Texas, Florida, New York and Pennsylvania. 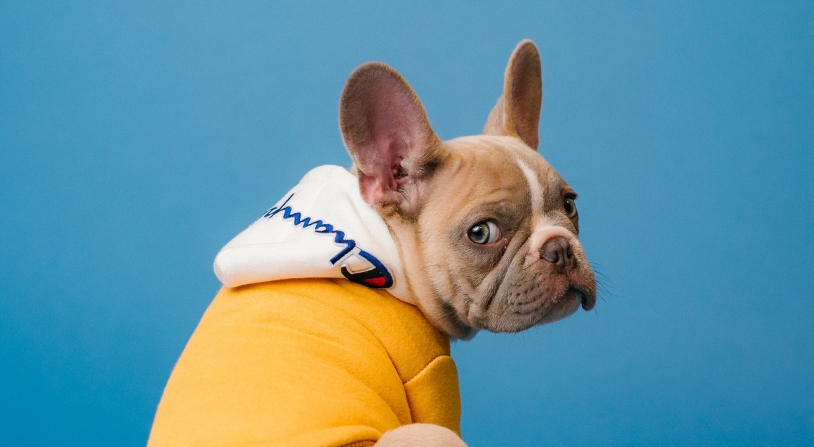 How to Create the Leading Pet Brand?

With pets over the world, pet brands really have to work hard if they want to stand out from the...

Understanding how the markets — whether it's B2B or B2C — work is a daunting feat. It takes...