The Intersection of PR and Advertising

When a message goes out, is it public relations or advertising? For a lot of folks, these terms are understood interchangeably. However, while there is some overlap, the truth is, each enterprise has a distinct purpose, priority, and metric for success.

Public relations is, essentially, a strategic communication program or process that connects brands or persons with a market or audience in a beneficial way. The key takeaways here are that PR is a process, not a one-and-done scenario. PR is connective, creating goodwill or a bond between the audience and the brand; and PR is supportive of and beneficial to the brand vision and mission.

Advertising is defined as a paid media presence. You might buy broadcast time, print advertising space, billboards, banners, digital ads, pay-per-click ads, or any of the almost endless advertising vehicles available. Whatever the product, if you are purchasing that attention, it is paid media and, thus, advertising.

The biggest benefit in advertising is near total control. You know what the content of the message will be, as well as the size the duration of the campaign, and the audience toward which that campaign is directed. Each of these factors is decided before the campaign is launched.

Media attention or placement that is not procured by purchase is called “earned media.” These are stories that run absent payment. The media outlet sees other value in them. The job of a good public relations representative is to create content or opportunities then convince the media that your message is worth running without payment.

Earned media could come from an item of public interest, a special award or milestone, a charitable action, a grand spectacle, or any other action that results in media coverage which reflects positively on your brand.

Fishing with the Best Hook

One of the most common mistakes people make when confusing advertising and PR is to assume each audience will respond to the same kind of hook. This isn’t true, primarily, because you are not fishing for the same audience.

In paid media (advertising) you already bought the space, so the media forum is only the delivery vehicle. You need to craft your hook and the rest of your message to appeal directly to the target market audience.

When Earned and Paid Collide

Sometimes, paid media can become earned media. This happens when an advertisement is so impactful – good or bad – that the media outlets pick it up as a news story. This can mean a great deal of good earned media for your brand, or, if the commercial ends up backfiring, could create a PR challenge.

The lesson here is that, while advertising is often crafted to grab attention and get noticed, you need to be careful that your messaging will play well in any context. Otherwise, you might end up paying for media that ends up being the catalyst for a PR crisis. Do it well, though, and you could turn paid media into positive PR. 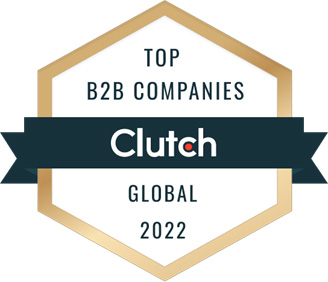 Clutch Names 5WPR As a Leading Global B2B Company for 2022

At 5WPR, we partner with brands - both established and emerging, corporations, global interests,...

Attracting the Attention of the Target Audience

There are many different ways that companies can improve their social media marketing efforts to...